ANTARSYA UK supports the Climate Strike on Friday 20th of September and all the relevant protests that take place in the UK and globally. We welcome all the students, the workers and everyone else that will demonstrate against the climate crisis. This movement is ongoing and growing.

We encourage the presence and the unity on the streets of the anti-capitalist and radical left-wing groups and people to demonstrate seeking to progress this struggle a step further: not by requesting the Big Capital to become more sensitive or by asking a general election, but blaming the ones that are responsible for the climate crisis.

Those responsible for that situation need to pay for the consequences! The large corporations mostly from the global North whose activities all over the world are disastrous for the environment. The governments that do not take any serious measure against them but instead use state violence against the protesters, with thousand arrests.

Friday the 20th needs to become a big day of climate action. Let’s also make it signal the beginning of a radical struggle that will not stop until we finish with the disastrous effects of capitalism and any form of exploitation.

Let’s all strike and take to the streets on September 20th against the climate crisis and the capitalist process! 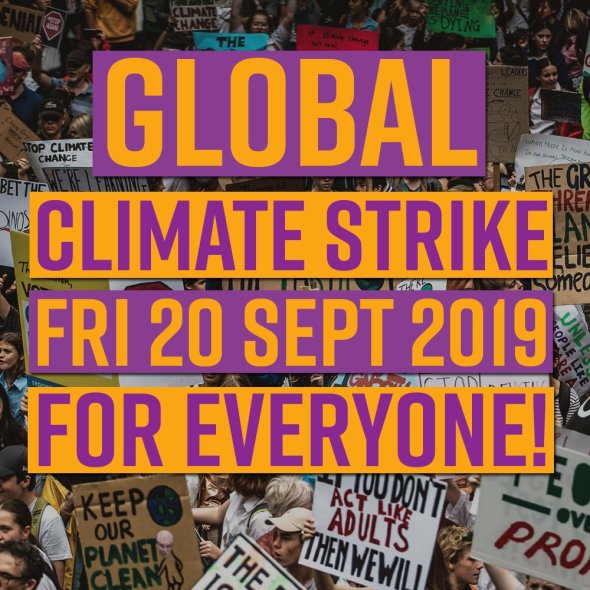 Discussion-event: Are Climate Change and Biodiversity Loss reversible under Capitalism? Discussing radical alternatives to the capitalist exploitation of nature

Are Climate Change and Biodiversity Loss reversible under Capitalism? Discussing radical alternatives to the capitalist exploitation of nature

Since the 2008 financial crash, nature-society relationships across the globe have been profoundly transformed by the entrenchment of neoliberal policies in the form of fiscal austerity, deregulation, re-regulation and privatization of natural resources and formerly public property. From mining, fracking, waste disposal and land grabbing in rural locations, to shrinking access and loss of public green spaces, gentrification, urban regeneration, and infrastructure megaprojects in cities, natures within and beyond cities are being expropriated, privatized, commoditized, transformed and degraded with the aim to overcome recession and boost economic growth. At the same time, green capitalism is being promoted as a solution to both the environmental and economic crisis via the creation of various market-based instruments, including carbon credits, biodiversity offsets, payments for ecosystem services, that seek to put a price tag to nature, radically transforming the politics of global biodiversity loss and climate change.

The increasing neoliberalisation of nature manifests new enclosures and reterritorializations aiming to control land and resources by creating new forms of access, claim-making and exclusion, in the process disregarding local traditions, meanings and commitments. The exclusion of community groups, the increasing role of non-elected and unaccountable institutions, and governmental suppression of environmental struggles along with the further shrinking of the welfare state has exposed that the consensus driven neoliberal rhetoric has been increasingly lapsing into undemocratic and even authoritarian environmental governance in an era of a harsh global capitalist crisis.

In response, various social-environmental movements have emerged with the purpose to oppose environmental, social and spatial injustices and the undemocratic character of social-environmental change often putting barriers to the relentless exploitation of nature by capital: the protests against pipelines in Canada and the US, the opposition against gold mining in Romania, Turkey and Greece, the anti-fracking struggle in the UK are among the many examples. Importantly, the last year has also seen a surge of discussions and actions across the globe, including the UK, about climate change. The Climate Strikes and the Extinction Rebellion actions have already had a big impact on the British society while also leading the government to declare an ambiguous climate emergency. However, we believe that the discussion on both the primary causes and the key ways to react has not yet developed at a satisfactory level. The following period is crucial on how environmental actions will evolve in the UK and globally. Political initiatives of the left need to mobilise and inspire workers, youth, and unemployed to act immediately and effectively.

Members of ANTARSYA, the Greek anticapitalist front based in the UK, organise an event to discuss the pressing environmental challenges of our times and possible responses from a radical left perspective. Our aim is to contribute and deepen the ongoing discussion on the drivers and agents of the double crisis of climate change and biodiversity loss, its relation to the capitalist mode of production and radical alternatives to the current production of nature. We invite everyone who considers these issues a relevant cause to a lively debate around the political strategies that we must develop in order to respond effectively and timely.